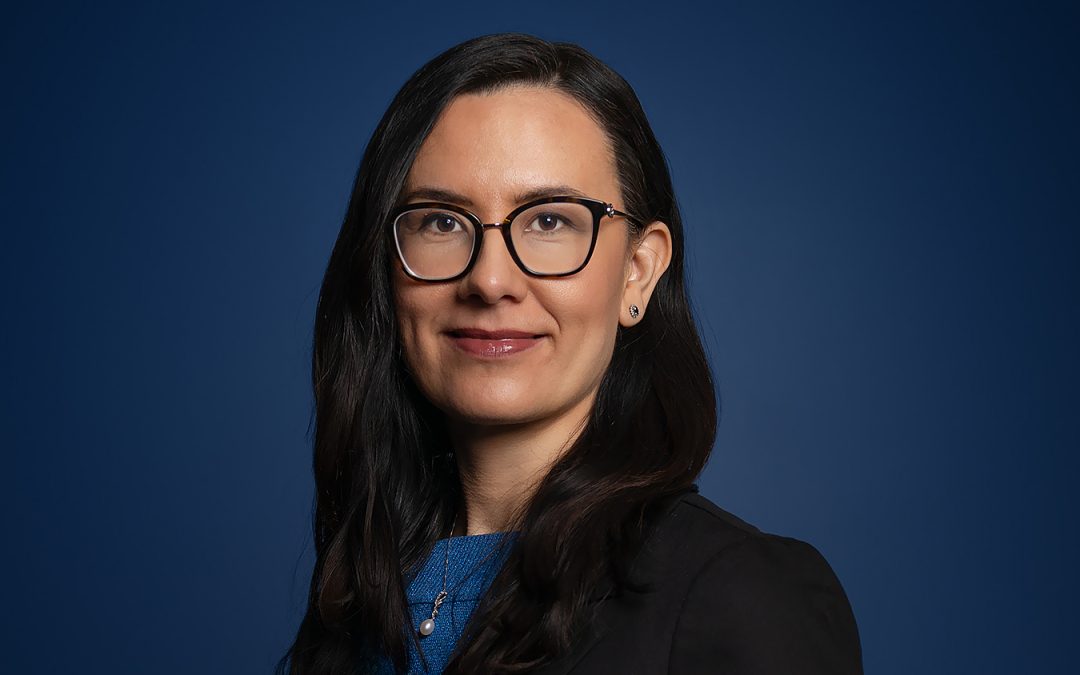 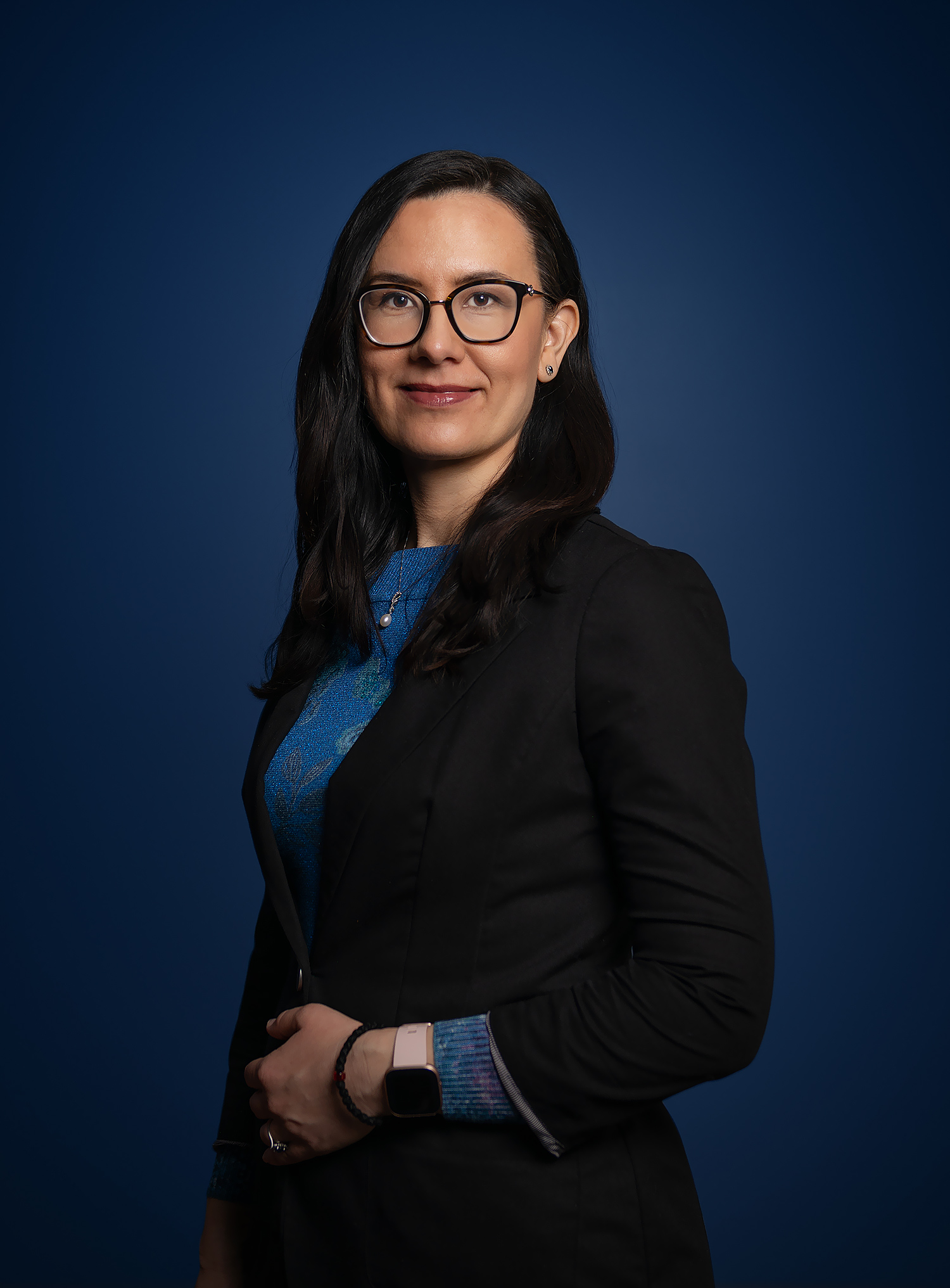 Professor of Biomedical Engineering Milica Radisic is at the forefront of cutting-edge research in functional tissue engineering. As the Co-Director of the Centre for Research and Applications in Fluidic Technologies (CRAFT) in Toronto, her team employs microfabrication and 3D printing technologies to develop systems that mimic physiology of the heart, kidney and blood vessels. These systems known as “organs on a chip” allow researchers to understand complex phenomenon behind human diseases and discover better, more effective drugs.

I think what attracted me to Toronto originally is its close proximity between the university, hospitals and research institutes. What’s unique about Toronto is that almost anything that you want to work on, you can find a person who knows how to do it in the city. There are only a few places in the world that have that luxury. Toronto is the only city of its kind in Canada — so that’s a really big advantage to doing this research here.

The Power of Tissue Microfabrication

Utilizing the same technology used to build the smartphone in your pocket, a team of Toronto researchers are revolutionizing how we understand and treat diseases. Microfabrication, the process used in the computer industry to manufacture semiconductors, is now being used to create microchip-sized organs that look, act like, and can replicate the responses of real human tissue. The result, known as “organ on a chip,” is allowing researchers to study diseases and develop treatments, by making clinical trials more effective and opening up new avenues to drug discovery.

“Organ-on-a-chip engineering combines three cutting-edge technologies: stem cell technology, microfabrication and 3D printing,” said Milica Radisic, Professor of Biomedical Engineering at the University of Toronto. “Using human cells, researchers can create a microchip-sized structure that accurately replicates the functions of a human organ. This allows us to grow a string of cardiac muscle and measure how fast the heart is beating, how strong it is beating, and how it responds to different conditions and treatments. This extraordinary technology will make it easier to discover new and more effective drugs.

Organs-on-a-chip are created by placing stem cells onto a plate – a box about the size of a computer modem. Using ultraprecision engineering, researchers take human cells and microfabricate a 3D structure that accurately simulates real human tissue. The resulting fluidic structure is an “organ-on-a-chip” that can be used to study how human organs react to viruses, drugs, and various strenuous conditions.

“First generation organs-on-a-chip were essentially a piece of glass with silicone on top – they were delicate and couldn’t go into CL3 facilities because the glass was too sharp,” said Dr. Radisic. “Even before the pandemic, we envisioned our organs-on-a-chip to be a very simple and friendly design, made out of plastic. When COVID-19 emerged, this simple design enabled us to go into CL3 labs and work with the contagious SARS-COV-2 virus relatively quickly, without having to redesign our system. We were definitely one of the pioneers for this format. Now, everyone is using it.”

For almost a decade, Professor Radisic’s research team has been developing and using organs-on-a-chip to study how diseases affect the heart, kidneys and blood vessels. At the outset of the COVID-19 pandemic, researchers thought that SARS-COV-2 only affected the lungs. But when it became obvious that lungs are not the only target, Radisic sought to discover which other organs experienced damage from the disease.

As co-Director of the Centre for Research and Applications in Fluidic Technologies (CRAFT) – a partnership between U of T and the National Research Council of Canada, Professor Radisic worked with doctors at Toronto General Hospital to access blood samples from patients in the intensive care unit (ICU). She was looking for biomarkers – signals that would predict the severity of illness.

“We wanted to know which way somebody was going to go. Some people with COVID are asymptomatic, while others end up in ICU. It was the type of problem that researchers are drawn to solve,” said Professor Radisic.

Professor Radisic used organ-on-a-chip technology to apply the SARS-COV-2 virus to heart tissues. What she found was beyond her worst fears.

“When we expose certain heart muscle cells to SARS-COV-2, the heart stops beating,” said Professor Radisic. “It’s actually really scary. There are a lot of cardiovascular effects in patients with the virus. Earlier this year, my grandmother passed away because of heart failure as a result of COVID-19. Her lungs were okay, but her heart couldn’t keep going.”

Losing her grandmother made Professor Radisic’s work all the more personal. Shortly after her initial discovery of cardiovascular effects, she was a part of a team effort which identified a list of biomarkers which would predict outcomes for affected patients based on various symptoms they exhibited in their initial days of infection for the first time. Beyond COVID-19, Radisic believes that her research in identifying biomarkers could have applications for a range of illnesses including heart, lung and kidney diseases.

The Future of Surgery

The same technology that creates organs-on-a-chip is also being used to transform surgery by enabling new forms of non-invasive procedures. By bioengineering structures, called “scaffolds,” Radisic’s team is developing new techniques to patch over damaged human tissue without the need for invasive surgeries.

Scaffolds are elastic and injectable, meaning biomedical engineers can engineer a muscular tendon or heart tissue in the lab, at scale. The scaffold can then be folded up and placed in a syringe and injected in the patient through a keyhole – without having to open up the body during surgery.

To test her scaffolds, Professor Radisic collaborated with surgeons at SickKids Hospital on a first-of-its kind project to repair heart tissue on a small pig. The goal of the surgery was to prove this technology is safe and could successfully repair the tissue in the same way as a traditional, open-chest heart surgery. Placing a patch of tissue in a minimally invasive way has the potential to make surgery easier and faster, avoid the potential for serious complications, and speed up recovery times.

“This has the potential to revolutionize surgery,” said Dr. Radisic. “We can inject in a minimally invasive way and without having to cut open the patient’s chest. Our work with SickKids proved this can be done safely and effectively. It was the first time that heart tissue was injected in this way—nobody has done that before. There’s so many other things that you could do with this technology in terms of tissues, even repairing single ventricles for babies born with a single cardiac ventricle.”

Like any foreign object, engineered tissues can trigger an immune response in the human body, as it works to protect against the perceived “danger.” To address this, Professor Radisic is working with advanced polymers that the body views as friendly.

“There are certain molecules known as cytokines that regulate inflammation,” explains Dr. Radisic. “The idea is that, if you want to make a medical device or a scaffold for tissue engineering, you can make a friendly polymer out of cytokine molecules. Then, your immune system won’t be as activated and you won’t have as much inflammation – making surgery safer, easier, more efficient, and substantially reducing recovery time.”

Having seen the potential of this technology, she now hopes regulators will give the green light to allow for human applications of these transformative technologies.

Professor Radisic has had an extraordinary career in academia which has included studies at the Massachusetts Institute of Technology (MIT) and Harvard. But when it came time to choose a place to continue her work, Toronto offered an unparalleled ecosystem.

“I think what attracted me to Toronto originally is its close proximity between the university, hospitals and research institutes,” said Dr. Milica. “What’s unique about Toronto is that almost anything that you want to work on, you can find a person who knows how to do it in the city. We’ve done work with CRAFT, SickKids, UHN and I was able to found and launch TARA Biosystems – a biotechnology company leading the world is using tissue engineering to transform cardiac drug discovery and development.”

Professor Radisic collaborates closely with graduate students, professors and practicing clinicians from across Toronto’s bioinnovation ecosystem. “There are only a few places in the world that have that luxury. Toronto is the only city of its kind in Canada – so that’s a really big advantage to doing this research here.”